Bioware’s Planescape: Torment is one of my favorite PC roleplaying games of all time, so imagine my glee when someone actually wanted me to make them a Nameless One doll! (For those who aren’t familiar with the game, The Nameless One is the amnesiac main character.) 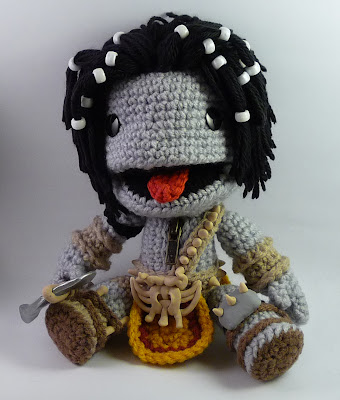 While working on this fellow, I noticed a lot of similarities to the Kratos (God of War) doll that I made earlier this year. Both characters have greyish white skin, sport some swirly tattoos, and wear red and gold man-skirts. 😉 The Nameless One came first, though, so maybe the designers of God of War are fans, too.

The Nameless one has dreads decorated with pony beads, asymmetrical buff-colored blocks on his limbs to mimic the bandages worn by the character in game, and crocheted front and back skirt panels. His right leg has three polymer clay “bones” wedged into his sandal straps, and a spiked knee pad protects his left leg. More polymer clay was used to sculpt his animal skull belt buckle, to make the bone spikes in his belt and shoulder harness, and to construct his axe. 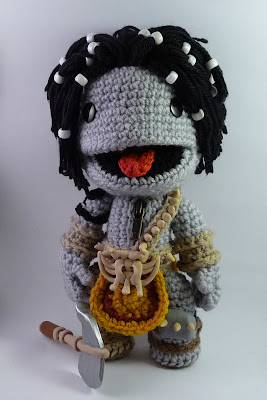 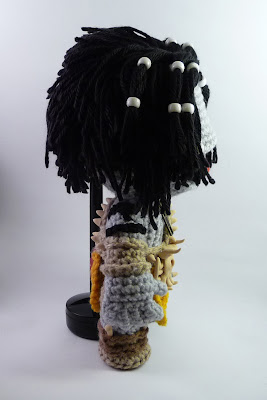 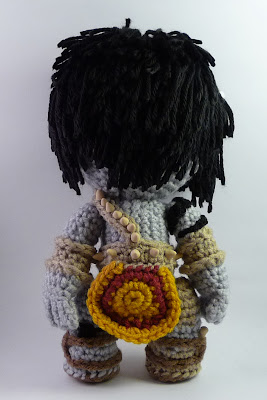 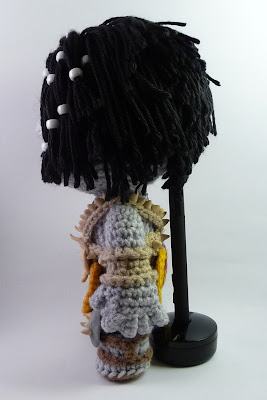 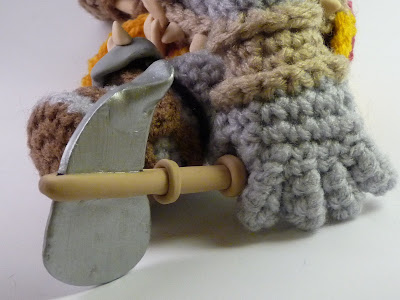 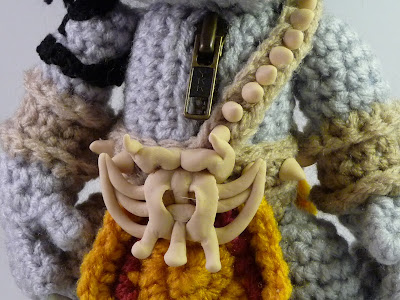 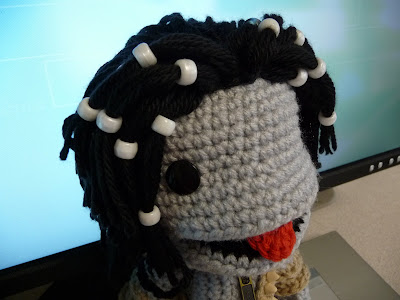 (For more information about commissioning a custom doll from me, please visit http://dolls.maggiewang.com. I will be opening up my queue for June 2009 later this week.)