I know, I know…he isn’t exactly a Sackboy, but to be fair, Gir, the robot from Invader Zim who disguises himself in a zip up dog costume, has been around a bit longer. He was commissioned as a surprise anniversary present for my co-worker Tom’s wife. 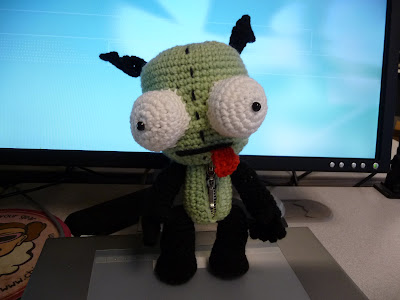 The best part about Gir is his removable drawstring mask. His robot eye stalks fit right inside the bulging eyes of the dog mask. The whole shebang is tied with a drawstring on the lower edge at the back of the neck.

I used my Sackboy base for the body, but improvised Gir’s head and the mask as I went along. The top of Gir’s head is stabilized with a 4″ plastic canvas round. 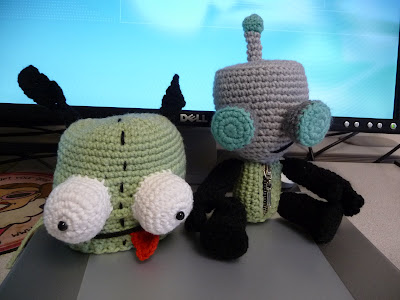 More photos are up in my Gir gallery.

(For more information about commissioning a custom doll from me, please visit http://dolls.maggiewang.com. I will be opening up my queue for June 2009 later this week.)